Aaron Davis Makes a Difference from Tampa to Texas. A Man from a Small Town Lending a Hand to an Even Smaller Town.

Aaron Davis earned a new nickname this week, the "Tampa Chainsaw Man", and for good reason. He saw the devastation throughout Texas, and after traveling to the region, donating and raising funds for local Texas charities, he asked what else he could do. That's when they put a chainsaw in his hand. With his Bucs hat proudly on his head, he started removing trees and other debris to further relief efforts and lend a helping hand. 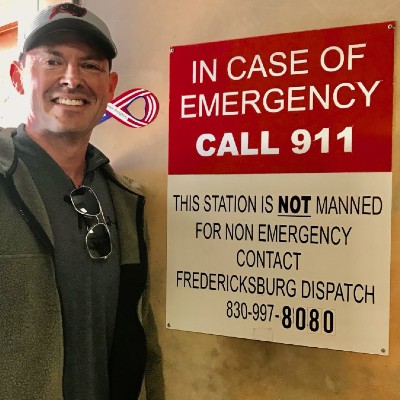 TEXAS (People.Com) - Aaron Davis flew from Tampa, Florida, to Austin, Texas, on Friday — because he wanted to help people affected by the snow and ice storm.

"I just felt incredibly guilty sitting down in Tampa, Florida, in the sunshine watching the rest of the country suffer," Davis, 45, tells PEOPLE. "I've weathered many storms in my life in Florida, the hurricane capital of the world."

During the last Florida hurricane, he bought and delivered generators to people in need. "I just try to step up and do what I can," he says.

A business owner (his company does remote real estate closings), Davis told his staff he was taking a month off to volunteer in Texas. "I felt the need to be feet on the ground in Texas to help out however I could," he says..... Read full article.